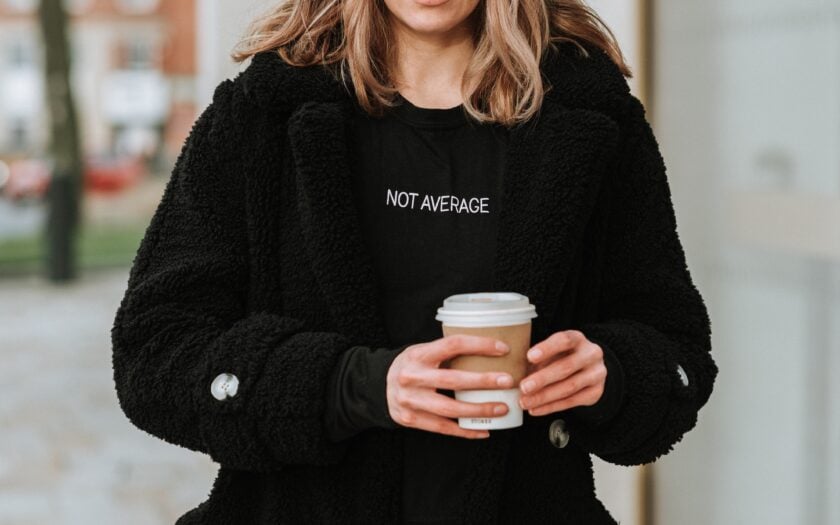 Overemployed Rule #7: Be average. What does it mean? Don’t run too fast. Don’t fly too high. Do your job well enough for more pay, but not more responsibilities. Be an average employee. Which is all fine and good. Right?

…Right. Except for the hypercompetitive super coders, ex-bankers, and consultants, being average is actually quite hard. Our inclination is to run faster and get ahead of others. And as such, embracing outward mediocrity is one of the hardest things for Type A personalities to accept. We crave approval, social status, and power.

How Did We Get Here

We’ve been conditioned by a system built by Industrialists to con you into hard work and overachieving – it’s how you get ahead. Except you’re playing their game instead of your own, a set of social norms and mindset long drilled into us and our parents from birth.

Here’s the truth. Type As are obsessed with excellence. You hold a high standard for yourself and others to give it all on your projects. You think you’re in the top 1%, – an overachiever, go-getter, and proud of it. Sadly, for every glorious overachiever at the top of the heap, there are many dead bodies all around. Everyone thinks they’re an overachiever deserving of accolades. But truth is that’s not how life works. A lucky few reach the top, the rest of us are just, well, average.

Naturally, if you’re a believer in this fallacy, then you’re a dream employee. You’re probably one of the first to respond to an email or calendar invite. You take responsibility to finish tasks ahead of deadlines. Your boss knows you’ll stay late. He leans on you more than others to finish the job. Sound familiar?

Your company knows you’re a “valuable” employee. So they design their pay and reward system to keep you playing and overachieving. Those shiny accolades and important-sounding titles? They’re actually dopamine hits designed to keep you running a little longer, a little harder…until you realized you’re all spent. That’s when you get too expensive and laid off. And the cycle starts over again with the next batch of Type As. It’s sad but true. All those human bodies, sacrificed in the name of more productivity. But for whom?

The problem is us Type As really like those dopamine triggers. They tied our work performance to our identity and self-worth, even though we don’t like to admit it. Therein lies the problem.

We’ve been conditioned by parents, schools, and society to believe in The Icarus Deception – to fly high but not too high. When you were a kid, you learned getting more A’s or gold medals gets you more praise and recognition. As an adult, that now comes in the form of promotion, money, and status.

Embracing being an average employee takes conscious effort from within to tear down the old status-driven mindset and find your own real identity. Do you really want to be a team leader? Is getting that spot award really going to define you as a person?

Reframing our identities – and yes we can have many – can help. What’s our deeper motivation for doing the work we hate and the work we love? What’s really important to us?

For me, my purpose is my family. My life OKR (objective, key results) is to have a grand eulogy when I’m six feet under. The way to achieve it is to spend quality time and be present with my parents, wife, and kids. Overemployed affords us the income and time to achieve our life OKR, whatever that may be.

Reframing The Notion of Average (By Definition Most Of Us Are)

Enter the concept of being an average employee or the dirty word mediocrity. But rather than associate mediocrity with the negative connotations society has taught us, think of it as a very necessary balancing tool in your OE toolkit.

Staying mediocre helps you diversify your income while preventing burnout from more work responsibilities. You don’t actually want that promotion or spot award – it’s only going to mess up the work-life balance you’ve so carefully achieved. Plus, let’s be real: whatever pay raise you’re going to get, it’s never going to be as much as what you’ll get from 2x-ing.

So here’s my exhortation to the Type As out there: channel your inner overachieving self into mastering OE and increasing your Family Inc.’s bottom line. Do what matters most and you’ll win in the game of life.

Set A New Goal Of Being Average, Mediocore, And Overemployed

Start by setting your goals and boundaries from a 100,000-foot point of view. How much do you need to earn to achieve your life OKR? What’s the split you want between “work” and play-work? How will you achieve a long-term, sustainable OE lifestyle?

From there, break it down: what does your next annual performance review need to look like for that to happen? Or will it ever? And what actions do you need to take to achieve your life OKR? The great news is that if you’re a Type A, you’re already a natural at this visualization exercise. You’re getting my point. Being a mediocre Overemployee is methodical and thoughtful – embrace the challenge!

Ditch the conventional mindset of needing to excel in everything and getting glowing performance reviews in both your jobs. That’s just not sustainable. Instead, set a performance cap (minimum and maximum) for yourself each day and stay within that limit.

Yes, a cap. While most of us want limitless, fast growth, it’s actually not that healthy. You should not overwork. Instead, do just enough so that you can recover after a good night’s sleep. As Paul Jarvis put it in the Company of One, growth should be consciously paced and sustainable for you. Design your growth around your life goals.

This isn’t about making deliberate slips that affect your work. It’s about subtly reminding your company and co-workers that you’re human instead of a productivity machine. It can be just consciously taking a day or two between email responses for non-urgent matters, not replying to phone texts after hours, or giving yourself a longer time than usual for a project timeline even though you can get it done faster.

Little actions, compounded daily, help set the tone for future (lower and realistic) expectations. An added bonus is “being average” gives you some buffer time to deal with any potential clashing priorities between J1 (cash cow) and J2 (burner job). You don’t want to be caught in a situation where people expect you to respond instantaneously or complete multiple projects within a short time.

If you’re only just starting J2 or even J3, great start slow. Don’t reveal your actual velocity to finishing a project and being code complete. Consciously build the idea of being average into your new persona at work.

When it comes to company culture, go with the flow. Don’t be the hero and try to do things better. If things are disorganized or you’re given a crappy laptop like #Elhapo8226, take advantage of that. No one’s going to blame you for average work; in fact, it’s expected. And if the company culture is full of other Type As, then have an exit strategy ready because their expectations are probably not sustainable for OE.

When it comes to living the Overemployed life, it’s less about productivity and more about practicing a new mindset: one that focuses on achieving your personal OKR. Honestly, who cares if you’re average to people at work when you’re scoring A+ in your health, wealth, and relationships?

If someone makes a dig at your long tenure in the same position, smile politely, and think of all that money in your bank account – money you wouldn’t have made had you worked hard and gotten a promotion. Think of all the experiences you’ve created with your family because you’ve stayed average. Dream of your early financial independence and living a rich life.

At the end of the day, the real value in life lies outside of work. The OE mindset embraces that. The whole idea that mediocrity is bad is nothing more than a boogeyman created by the system to make you work harder. Don’t be Boxer, the tragic horse from George Orwell’s Animal Farm. We don’t live in that century anymore. Instead of the knacker’s yard or layoffs, choose freedom and love.

Once you break the mind trick and trance you’re in, it’ll change your life.