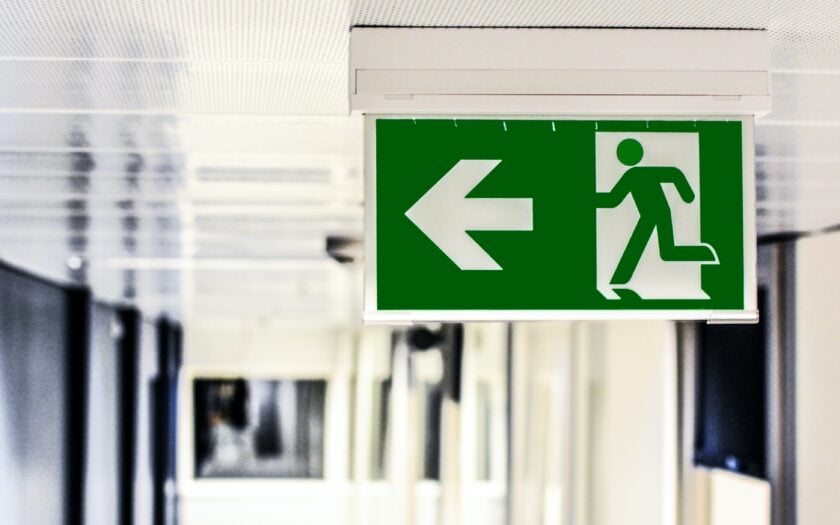 The following is a guest post from Guild member jobman#8738 with some light edits. Check out more on this story on #oe-journals and #2x-fail-stories on the Overemployed.com Discord.

My feelings about finally starting J2 have been fluctuating like crazy. I originally signed my offer for J2 months ago, but for personal reasons my start date wasn’t until now. I’ve been getting more and more excited for weeks. All the talk and the success stories on the Overemployed Discord are getting me really pumped. About a week ago I suddenly started feeling a wave of nerves. I know that it’s just nerves and I’ll absolutely be able to handle this. But I just want to get started and get into my routine. Tonight, with J2 finally starting tomorrow, my nerves are starting to clear. I’m just excited for what’s to come. Still a little nervous, but not any more than any other time I’ve started a new job. Looking forward to getting started.

On another note, I’ve got my home office all set up. The company laptop arrived the other day. I’ve got my KVM, USB switch, and everything else all ready to go.

I’m currently on paid leave at J1, so I have a couple of weeks to get into a flow with my new J2. My first day was really chill and I’m more optimistic than ever that this is going to work out.

First of all, I can now see my company and team’s calendars and the meeting schedule is really light. I have some orientations in the first few weeks, but once those taper off, my calendar will be very open. I even glanced at the calendars of some of the other engineers who have been on the team for a while and their calendars are mostly clear as well. And the best news: none of the meetings overlap with regularly scheduled meetings at J1! Seems like the companies have different preferences about times to meet, so I’ll easily be able to block off my calendar and avoid overlaps almost all the time. One of the senior engineers on the team seems really against meetings. I think I’ll get along with her 😂.

I reconfigured my webcam, headset, keyboard, and mouse setup. The way I was before, everything had to move and be active on the same computer together, which wasn’t what I wanted. I want to be able to keep my headset and webcam connected to a meeting while switching the keyboard and mouse to work on something for the other job at the same time. I tested the new setup and it’s much better.

I also have my first Jira ticket assigned to me. I think I’ll be able to knock it out pretty quick, but I don’t think anybody is expecting that of me. Will probably take my time with the dev environment set up before even really looking at the ticket.

Haven’t been keeping up with this journal, but not a whole lot has happened. Just getting into the swing of things. Knocked out the first Jira ticket in a timeframe that was deemed “impressive” despite taking my sweet time with it. Now I have another one to work on. We’ll see how that one goes. But I feel like I’m picking it up pretty quickly and looking forward to getting back to my J1 after this leave and really getting going with this 2x thing.

On another note, early this morning I got my first 2x paycheck, complete with a $20k sign-on bonus from J2. That was $22k appearing all at once in my bank account. And that’s after-tax withholding and benefit deductions like 401(k), insurance, and ESPP. I know the bonus was a one-time thing, but even without that, a regular 10k combined deposit twice a month is going to feel really nice. I can definitely get used to this!

A few weeks in, and I’m inserted into J2’s on-call rotation (for non-software engineers, this is exactly what it sounds like, being on-call in case things break, much like an ER doctor).

Ugh, J2 seems to have really bad pager hygiene. I just came on call for the first time (on the weekend, no less) and already appear to have four snoozed pages from other people on the team while they were on call and scheduled to re-trigger in the middle of the night or early in the morning.

I don’t mind having pager duty, but if people can’t be bothered to fix the alerts when they happen, that bothers me. You can’t keep passing the hot potatoes onto someone else. But what’s really dumb, and bothers me a lot, is how pager alerts are triggered – like getting woken up on every little exception or issue.

Perhaps I’m being a little harsh and comparing unfairly as my J1 does such a great job at paging/alerting on the right issues and not on the wrong issues. My hang-up is the paging noise from J2, getting bothered on the weekends and off-time unnecessarily. There’s a real cost to that. Too bad, I’m going to drop J2.

A Close Call On Healthcare After Quitting Job #2

For 2021 I enrolled in insurance through J1. But J2 has better insurance so I switched to that during open enrollment for 2022. But now I’m quitting J2 and my last day is tomorrow. I’d really want to enroll in J1 insurance again for 2022 but I’m afraid I can’t. Since I never actually had insurance with J2, I don’t think quitting the job counts as a loss of coverage for a qualifying life event (QLE). Also for the same reason, I think I can’t get COBRA. I asked the Discord hivemind for advice and the consensus is to jump onto another J2 as quickly as possible – easy day. So I hit the interview circuit again…

But then, I got lucky. My health insurance issue actually resolved itself. I had enrolled in dental insurance at my old J2 for 2021. It’d appear losing that counts as a QLE so I’m able to enroll in J1’s health insurance once again.

Cautionary note from Isaac: When Overemployed, it’s better to not overoptimize health insurance. Get double insurance if you need to until you hit your stride, recognizing which job is the cash cow and which is the burner(s).